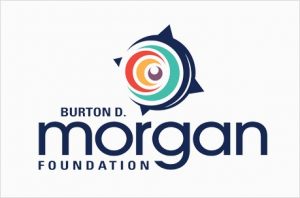 We introduce our students to the importance of understanding self-sufficiency through the development of business opportunities. Students develop skills in business planning, budgeting, securing business financing, marketing and other skills necessary for business success. In addition, they are trained in financial literacy and acquire skills in personal finance management. The Burton Morgan Foundation (Hudson, Ohio) has remained one of our primary supporters of the Entrepreneurship Program.

After 5 weeks of camp, MY-STARS enjoyed a Culminating Celebration where campers showcased the work they’ve completed during the camp. Along with developing entrepreneurial endeavors, campers was charged with the task of identifying a blighted area within the Greater Akron community and developing ideas and ultimately proposals to redevelop and revitalize their chosen area. The camps 3 teams presented their proposals before the camp and community including Councilman Hamilton and Terri Burns from County Executive Ilene Shapiro’s office. Each team did a great deal of research to identity their areas and the needs therein. The winning team was M.I.A (Money Incorporated Academy), coached by Mr. Cory Amos, who chose to re-envision Romig Road, along the area previously occupied by Rolling Acres Mall. Their vision included shops, housing, a small business corridor and more. The team was awarded a monetary prize to assist in their own entrepreneurial efforts. Congratulations to M.I.A for the vision and victory as well as Chaos Mob and Young C.E.Os for their efforts.

During the Culminating Celebration, campers received awards and presentations, including proclamations from Councilman David Hamilton as well as State Representatives Emilia Sykes and Vernon Sykes. 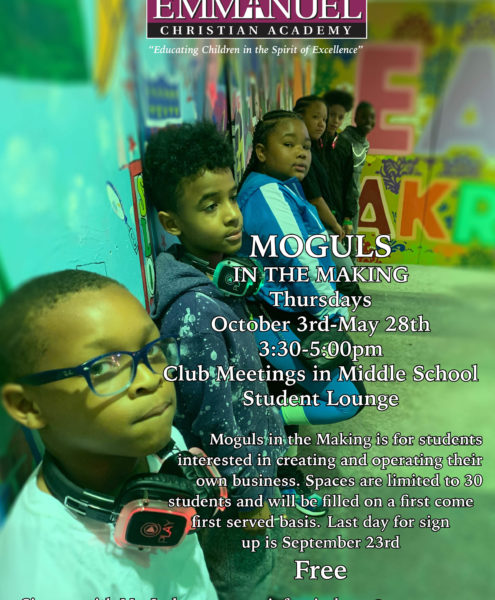 Moguls in the Making

Emmanuel’s Entrepreneurship program has now introduced “Moguls in the Making” an after-school club supporting our young entrepreneurs. The club hours is 3:30pm to 5:00pm on Thursdays in Middle School student lounge. Moguls in the Making  is for students interested in creating and operating their own businesses. It’s free to join and for more information contact Ms. Jackson at [email protected]