Learn how to help 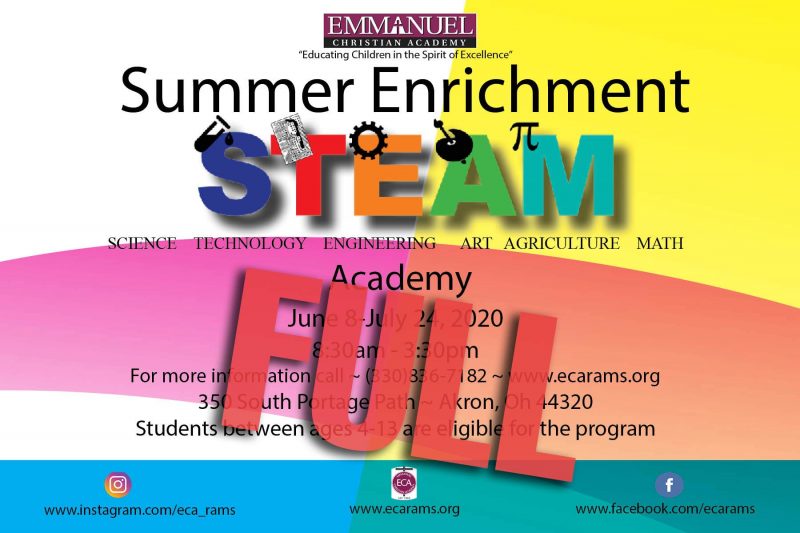 2020 Summer S.T.E.A.M. season Emmanuel will be operating under the mandated Pandemic License. Spaces will be limited and enrollment begins Wednesday, May 6th.

Registration is now closed. Thank you to everyone who signed up!

We are grateful to the W.O.W. Ministry for not only featuring Emmanuel in their blog, but also including us in their ministry. 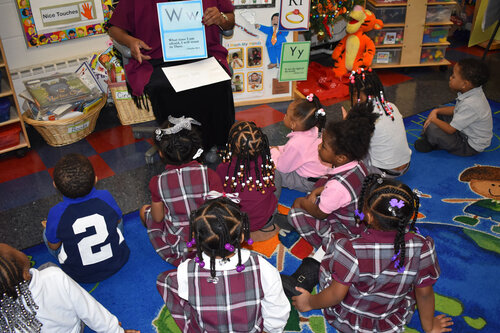 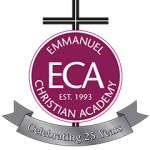 The mission of Emmanuel Christian Academy is to provide instruction in God’s Word and conventional instruction that meets or exceeds State standards for all who desire a biblical foundation: and to serve students who are historically defined as “at-risk” and those who are underserved in traditional systems of education.

We want to hear from you!!! Alumni Roll Call.

Get in touch with our staff for questions, comments or concerns

Timeline PhotosBeginning July 23 at 6 p.m., citizens in all Ohio counties will be under a mandatory mask order while out in public.
.
Masks must be worn at all times when:
➡️At an indoor location that’s not a residence.
➡️Outdoors, when unable to keep 6 feet social distance from those not in your household.
➡️When waiting for, riding, driving, or operating public transportation, such as a taxi, car service, or private rideshare.
.
This order only requires those who are 10 years old or older to wear a mask. In addition, excluded groups include:
➡️Those with a medical condition or disability.
➡️Officiants at religious services.
➡️Those actively exercising or playing sports.
➡️Those actively involved in public safety.
➡️Those who are actively eating or drinking. ... See MoreSee Less

Throughout this summer's STEAM Academy, campers have had the privilege of growing their "success tool chest" through Emotional Intelligence lessons facilitated by Lisa A. McCraney, M.Ed, LPCC-S.

This week campers practiced lessons of teamwork and self-control.

Thank you to the Akron Fire Department who lent their toward this community beatification project.

For the second year, this summer 2020 Emmanuel hosted the MY-STARS Enrichment Camp funded by the Summit County Department of Job and Family Services.

After 5 weeks of camp, MY-STARS camp held its Culminating Celebration where campers showcased the work they’ve completed during the camp. Along with developing entrepreneurial endeavors, campers were charged with identifying a "Recreational Desert" in the Greater Akron community and developing ideas and ultimately proposals to redevelop and recreate their chosen area. Aided by slide shows, 3D models, props and oration, the camp's 3 teams presented their proposals before the camp and community leaders.

Each team did a great deal of research to identity their areas and the needs therein. The winning team was Black Swan, instructed by Mr. Franshon Bickley and Emmanuel Alumni Miss. Ky'Asia Wililams, Black Swan's proposal was to recreate the Joy Park Community Center and surrounding area to the ends of offering a fun safe space to the community to gather and receive enrichment saving youth from drug use, teen pregnancy, violence and crime. As a prize, the team was awards $1000 funded by Emmanuel's Entrepreneurship Program. Congratulations to Black Swan on your victory as well as M.I.A and T.O.U.G.H for their efforts.

Emmanuel student Jaidah Taylor was honored for her exceptional efforts throughout the camp, including those in entrepreneurship and philanthropy as the camp's Summer Mogul.

During the Culminating Celebration, campers received awards and presentations, including a proclamation from County Councilwoman Veronica Sims, who also served as a judge.

Congratulations to all of you!

Sorry I missed it. Let me know if you have another 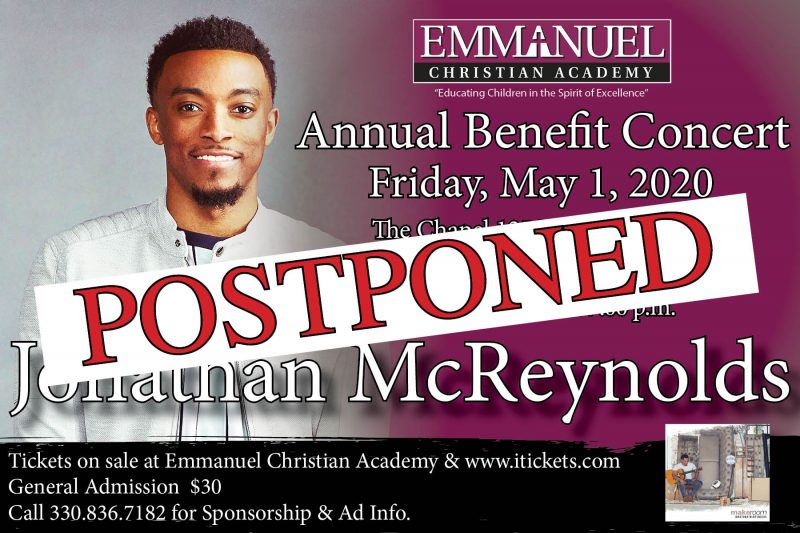 Our 2021 Benefit Concert will feature Gospel recording artist Jonathan McReynolds. April 30, 2021, our featured guest will take the stage. Earning eight Stellar Awards and two Grammy Award nominations. Jonathan McReynold's songs have debuted #1 on Billboard Gospel charts. Proceeds from our Annual Benefit Concert go to support the missions of Emmanuel. Contribution can be made anytime via CashApp ($Weareemmanuel), Paypal, check, credit card or cash in our main office.
Become a donor

Get updates to news & events

Stay up to date with all the latest news and learn about events for donors and supporters.