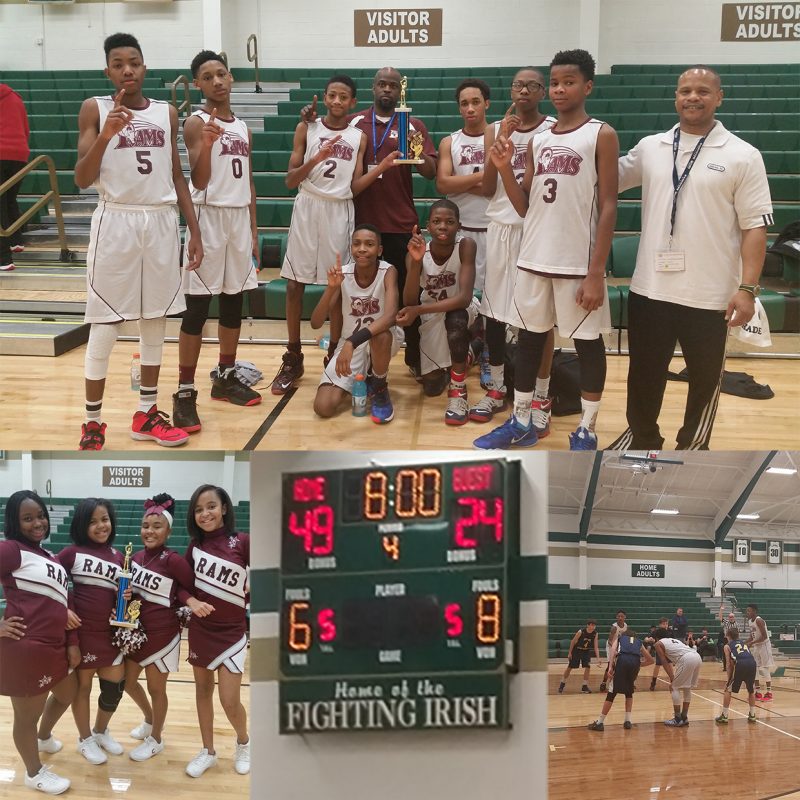 Emmanuel Christian Academy’s varsity basketball team had an exciting weekend. After being named a recipient of the Catholic Youth Organization (CYO) Sportsmanship Award, the Rams played picked up a win and the Division 2 Green Conference Championship on Sunday, February 8. The Rams defeated Seton Catholic 49-24 in the Lebron James Arena at St. Vincent-St. Mary High School to take home this year’s title.